One of Brisbane’s most charming riverside suburbs, Chelmer boasts an idyllic leafy atmosphere and Brisbane’s so-called best street: Laurel Avenue. The ‘Blue Ribbon’ suburb, known for its fine old Queenslanders and riverside breezes, was previously known as Oxley Point and Riverton and is now named after the Chelmer River in England. Famous for its restored and often historic Queenslanders, Chelmer also has many examples of restored and renovated post-war workers cottages. As its name implies, Laurel Avenue (and many other streets in Chelmer) is home to magnificent camphor laurel trees. Chelmer occupies an enviable position on the Brisbane River south of Indooroopilly and is only about 7km from the CBD. Among its local amenities is a railway station, as well as bus routes with frequent services to nearby Indooroopilly Shoppingtown. The commercial element in Chelmer is restricted to a corner store and a hair salon. Chelmer is predominantly a quiet residential suburb relying on its neighbours, Graceville and Indooroopilly, for its shopping and entertainment facilities. Chelmer is home to Milpera State High School, Metropolitan South Institute of TAFE (Chelmer campus), the Oxley Sailing Club and two nursing homes. Chelmer has a high proportion of parkland and sports fields, including Gordon Thomson Park, Taylor Bridge Reserve, Western Districts Sporting Club and Faulkner Park. Some reaches of the river are dedicated parks for public convenience. The Sherwood AFL Club is located in Chelmer. The suburb also has a bowls club and a croquet club. 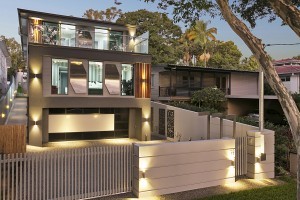 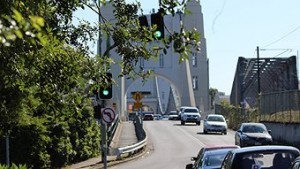 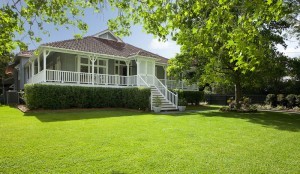